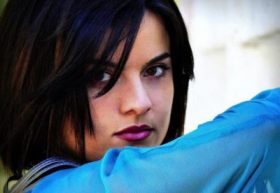 Hersi Matmuja who is representing Albania will sing the English version of ‘Zemërimi i një nate‘.

The new title of the song is ‘One Night’s Anger‘.

The music critics have mixed reviews on the song and are not entirely certain on whether is Albania will pass through the finals this year. Music critics are calling it a “work-in-progress”. They also said that the instrumentation will need to be altered to juxtapose verses and chorus. Eurovision is a competition that is very hard to predict, specially to know which entry will pass through the finals and who won’t. Music critics can voice their opinions but it’s up to the judges and the Eurovision fans to vote for the song if they like it. What do you thin of the song? Do you think it will pass to the finals?